If you are working and living in the Netherlands there is already a lot going on in your life. Besides your daily activities you have to handle all the rules, regulations and benefits for Expats in the Netherlands.

Being once expats ourselves we know how hard it can be to find a tax advisor that can clearly explain all tax matters Expats might deal with. At Christiaan Administration & Advice we are highly specialized in all expat related tax matters and ready to make your life a little easier. 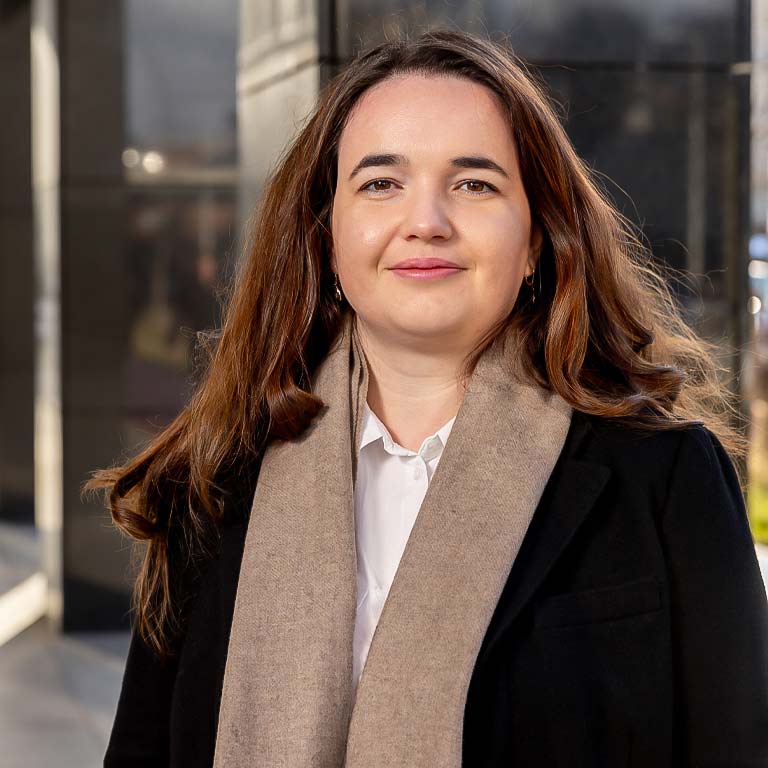 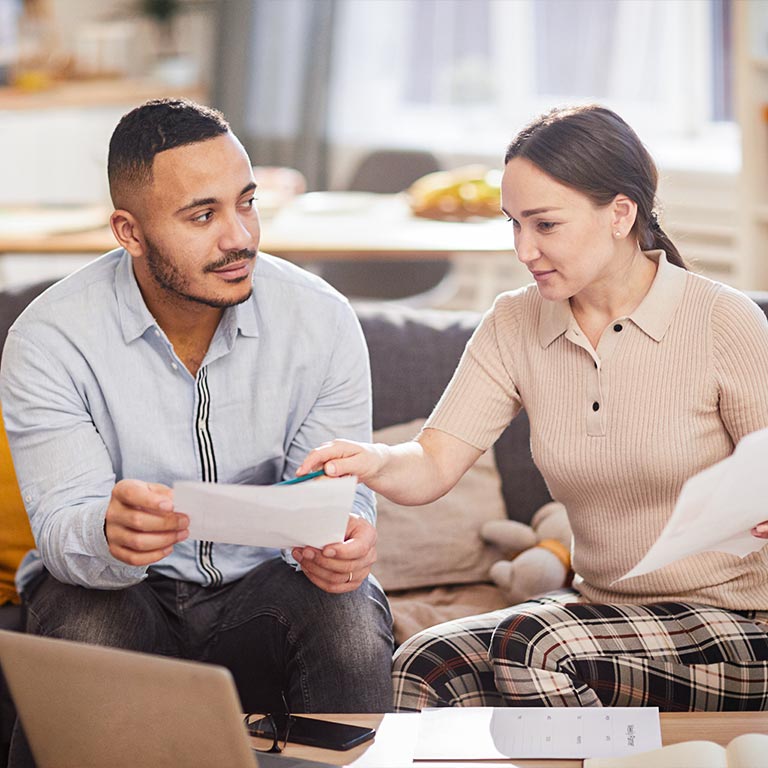 If you received a letter from the 'Belastingdienst' or have a tax liability you will need to file a personal dutch income tax return.

Although you might not need to file a tax return, filing one can still be beneficial if you migrated, you have a partner with no income, had health care expenses that weren't covered, had educational expenses, experienced a (large) income decrease or increase in the past three years or have a child born before the first of July of the tax year.

If you are obliged to file your income tax we are happy to help you. Our individual tax return application starts as low as €55,- excluding VAT. We do not use your DIGI-D in the process.

We are happy to assess which tax benefits / allowances you are entitled to, and claim the benefits for you. 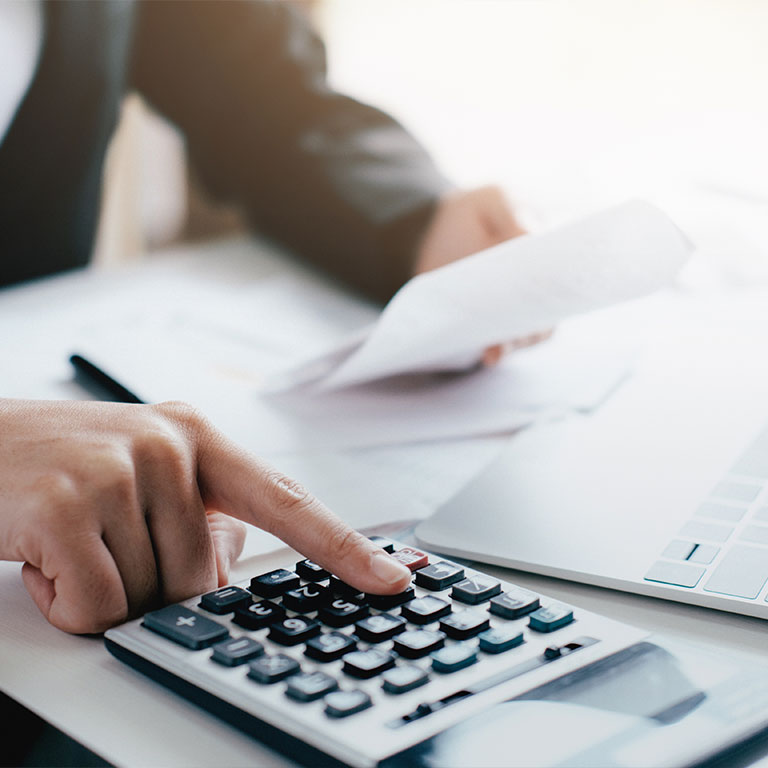 Our bookkeeping and tax advisory company was founded after working many years in the financial sector. Being once expats ourselves we learned how difficult it can be to find someone who can clearly explain the dutch administrative, legal and tax regulations. Instead of continuing our employment we decided to found Christiaan Administration & Advice in order to help people ourselves.

We now work with a team of dedicated multilingual bookkeepers & tax advisors. Helping both native and expat workers and businesses fluently in English, Dutch and Romanian.

In order to help expats with every possible tax matter, we have set up an expert-network collaboration with carefully selected tax advisors all specialized in expat tax in the Netherlands. Enabling us to reduce the overall overhead, while being able to offer tax services exceeding largely setup accountant-offices. 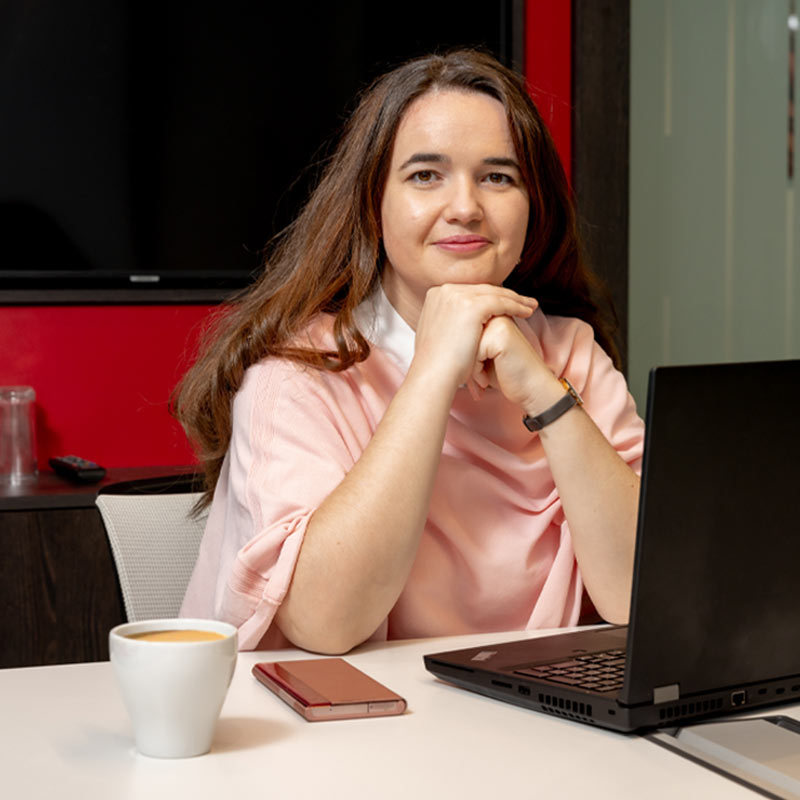 We are very proud to be helping nearly a thousand expats each year together with our specialized network of expat tax advisors. We are situated in Almere, servicing the larger area of Flevoland, 't Gooi and Amsterdam as our main personal servicing area. Since most of the expat tax services are digital, together with our expat tax specialists network we handle expat tax matters throughout the entire Netherlands - and the entire world if needed. 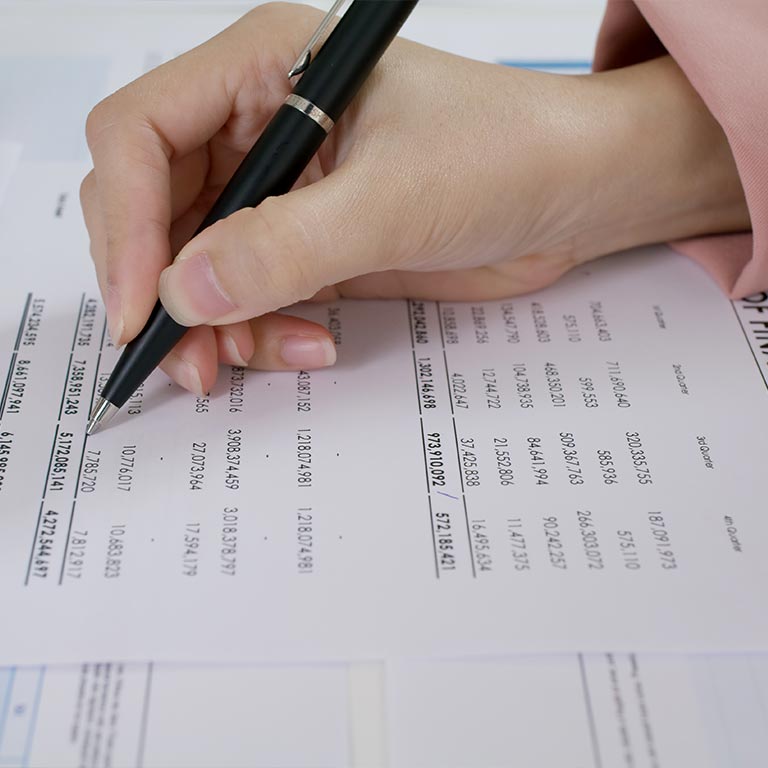 There are 5 tax forms to consider when filing your dutch income tax return, P, C, M, O and F. We can assist you with every tax form the Dutch Belastingdienst offers.

Which tax form you should use depends on your situation. Note: The Dutch tax authorities automatically issue a tax form based on municipality registration and records. You might need a different form than the one that was issued. In order to change the tax form you have to apply with a written letter to the authorities. Feel free to contact us if you need assistance with your application.

If you live in the Netherlands and you have foreign income or assets (like savings or real estate), you need to use P-form for your tax return. The P-form is an individual resident tax form where worldwide income needs to be reported.

The M-Form is the 'Migration tax form' of the Netherlands. If you only lived in the Netherlands part of the year because you immigrated to the Netherlands or emigrated from the Netherlands during the tax year. The M-form is a complicated form where both the information of the P-Form as the C-form needs to be reported.

The "O-Form" or "O-Biljet" is the tax return form used by self-employed and business owners. The entrepreneur is the dutch "Ondernemer". The O-form is a comprehensive form with both questions from the P-form as entrepreneur/self-employed specific questions.

When someone has passed away the Dutch tax authorities will issue you an F-form to file the tax income of the person that passed away. The F-form is the final tax return form. Again an extensive form but only the parts that concern the deceased person have to be filled in.

Next to employed expats, we also service foreign businesses doing business in the Netherlands. We assist both entrepreneurs as business owners with the Dutch tax regulations. Examples are:


Please be noted that this is a small selection of the services we can offer. For a more comprehensive overview go to tax consultancy and select your business type. *(Small / Medium / Large / Freelancer) 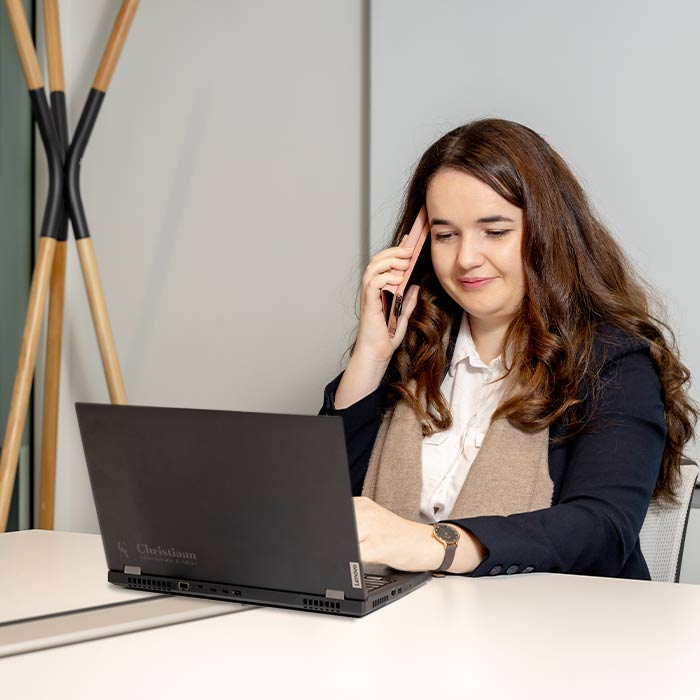 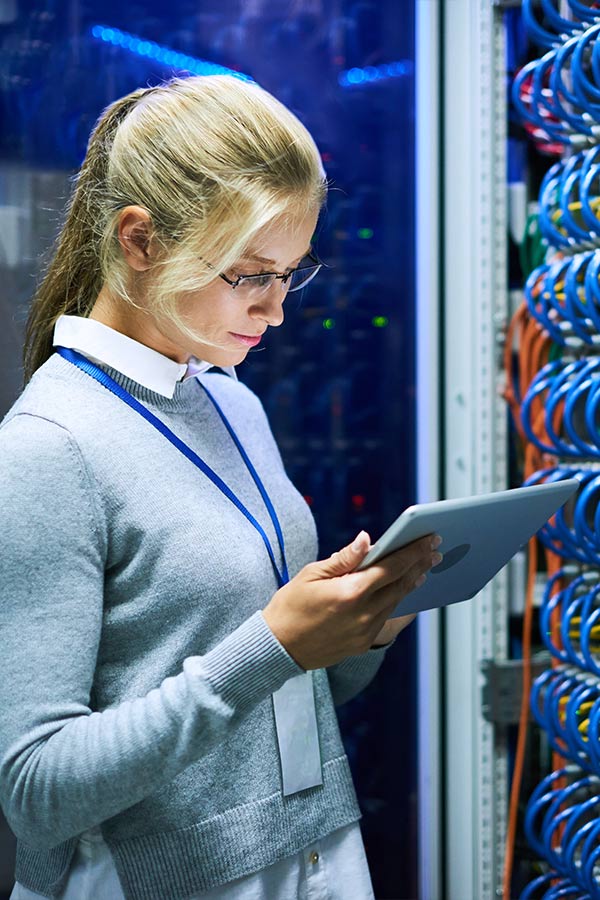 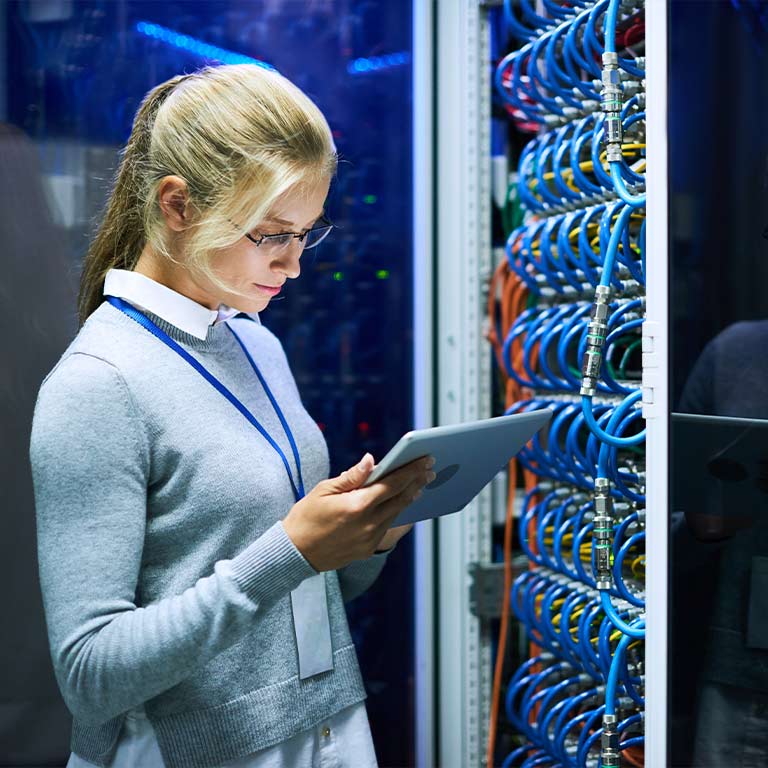 Expats, coming to the Netherlands to work may be compensated for the high cost of living in the Netherlands by means of 'extraterritorial costs' (EC). Your employer can pay up to 30% of your salary, including EC, tax-free.

To be eligible for the 30% ruling you have to meet certain conditions:

There is a minimum of taxable wage (minimum wage 30% ruling). You do not have to meet the minimum wage requirements if you conduct research at a designated research facility or when you are a doctor training to be a specialist.

You must have lived at a minimum radius of 150km from the closest Dutch border for more than 16 months in the 24 months prior to your first working day in the Netherlands.

There are a few exceptions if you worked in the Netherlands before.

Added to the above you need a valid decision. You can apply for the 30% ruling yourself. But having a tax advisor specialized in the Dutch 30% ruling can speed the process up by a lot. The process can easily take up to 16 weeks. When the authorities want extra information, a notice about this request alone can take two weeks per request.

If you want assistance applying for the 30% ruling or you or your employer have questions about the application we are more than happy to help.

Not everyone who migrates to the Netherlands is a highly skilled expat by letter of the law.

A good example might be a highly skilled construction worker coming from Poland, Portugal, Romania or the Ukraine. Although you are highly skilled, you are not eligible for the 30% ruling (unless you reach the minimum wage). A lot of foreign workers choose to start in construction as a freelancer. There are benefits to this approach but risks and negatives as well. In case this applies to you contact us for advice and/or help. It might be smart to already read about our administration services for construction workers.

Migrants often qualify for tax exemptions they aren't (made) aware of. If you migrated and you want assistance on your income tax return to be sure you get every benefit you are entitled to, Christiaan administration & Advice is your specialized tax advisor ready to assist. 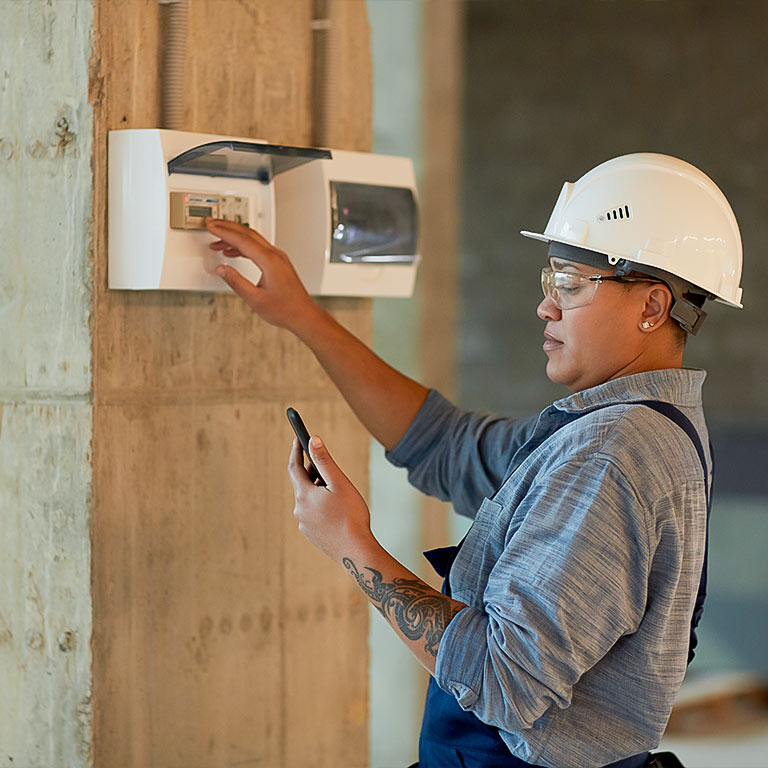 Christiaan Administration & Advice is proud to be an affordable tax advisor of both business owners, expats, migrants and private individuals, helping you with all tax and administration related matters.

Bookkeeping, business administration and tax advisory with a personal smile.